Showing posts from June, 2013
Show All

Experiments with Flipping the Classroom 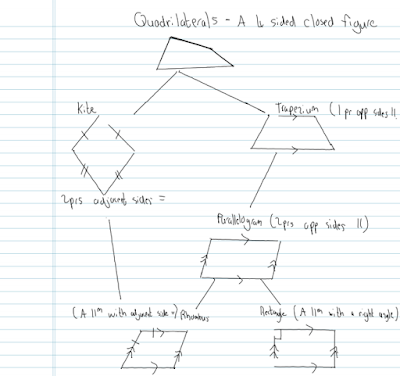 LIVESCRIBE ECHO PEN After attending a ProGro Workshop on flipping the classroom, I became interested in trying to create  my own audio visual content for learning. The tool that got my attention was something called the Livescribe Echo Pen. It recorded what you wrote on a piece of paper into an animation, as well as recording the audio at the same time. It also kept everything in sync, so that you could jump around the recording to any place you wanted to go.  I was lucky enough to be able to get hold of one second hand from the Amazon Marketplace for +- R900. It took a while to get used to teaching to only a page, but I definitely learnt a a lot going through the process. Here is one of my first attempts – trying to explain  the quadrilateral family  of shapes. Link to Folder with all Lightscribe Experiments Although I could accomplish my task of creating audio visual content for my learners. A lot of them seemed to struggle to get the correct version of  Adobe Reader on t
Post a Comment
Read more
More posts